Quick loans that use your future Film Tax Relief as collateral in four simple steps. 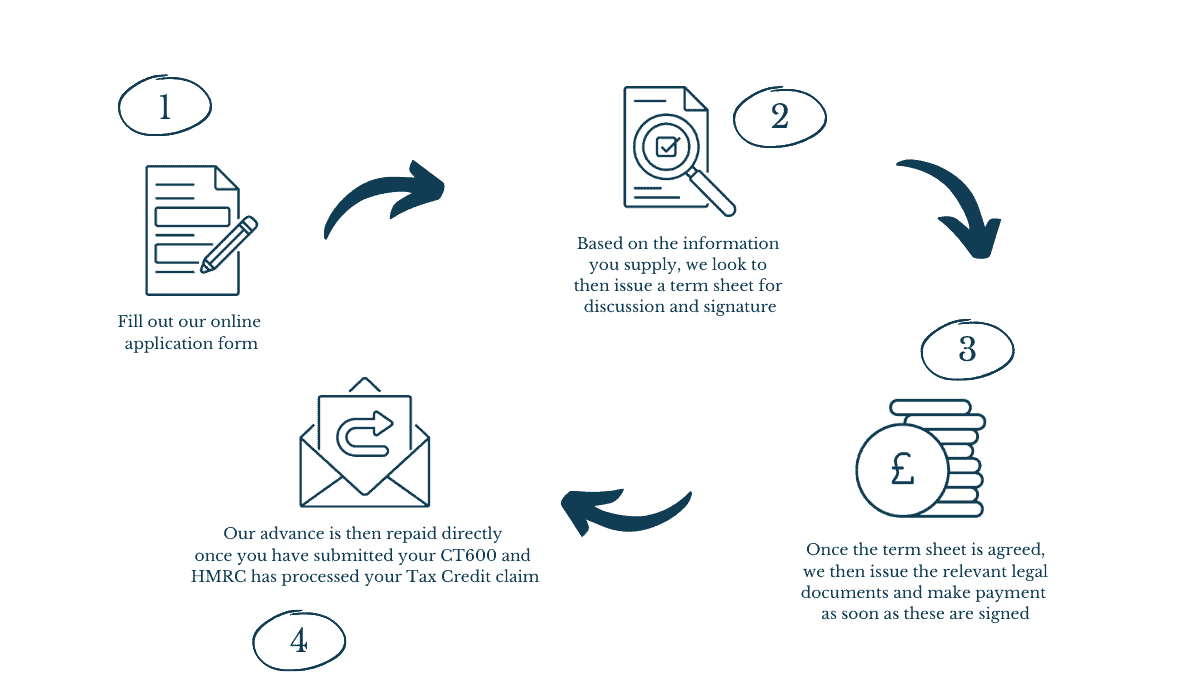 Looking for an advance? Then give us a buzz…

To find out more about Film Tax Credit Loans and how they can help your business, please contact a friendly member of the Buzz Capital team today. We will be happy to aid with any questions or queries you may have.

“I have worked with the team at Buzz on several feature documentaries with great success. The experience was pleasant from the start. From their financing of the film with UK Producers to our Distribution of the Film into the global market place. They are more than just film financiers, they are experienced and respectful and helpful co-producers and they understand all the ins and outs of film distribution, so our communication is always productive and constructive.”

Join the ranks of successful projects